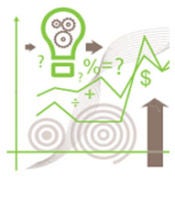 Though many clearly do not find the pension debt topic riveting, it is far from esoteric, especially in a year when teachers are rightly asking for salary increases and leaders are calling for new investments in early learning and other schooling services. That’s because where states are attempting to pay down pension debt accumulated over years, it comes at the expense of other investments, like teacher salaries or funding for students. Just like an unpaid credit card balance that grows over time, the longer states delay paying off the debt, the bigger the debt price tag becomes, consuming an ever-greater share of the finite pool of public dollars available for teachers and students.

Just how much money is at stake? This brief quantifies in immediately relatable terms—by student and by teacher—the magnitude of the crowd-out that pension debt creates for six states: CA, IL, LA, SC, TX, and VT. In translating debt payments into the equivalent spend per pupil, and the equivalent spend per teacher, the goal is to help education leaders grasp the relationship between their pension debt bills and their aspirations for spending on schooling inputs, including teacher salaries. Money spent on one thing can’t be spent on another.