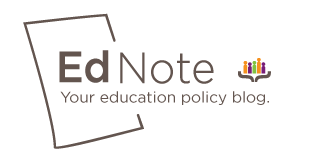 Chad Aldeman
Published August 29, 2022 by Education Commission of the States

That’s how much states and school districts spent on teacher pension plans in 2020 — the last year complete national data was available.

To put it in perspective, it works out to a contribution rate of 17.7% for every dollar an employee earns. That’s far higher than the typical private-sector retirement plan, and it does not include Social Security. Put another way, schools paid retirement costs amounting to $10,277 for each education employee.

Most of that money is not for today’s workers. About three-quarters of the money is going to pay for past promises that were unmet — what actuaries call unfunded liabilities. Of the $63 billion payment, $45 billion went toward these unfunded promises, while $18 billion went toward benefits for current workers.

These costs act as a weight on state and district budgets. Every dollar in pension payments comes at the expense of other possible priorities. And the costs are growing. From 2001 to 2020, schools increased payrolls by 75% while their pension costs rose by 275%.

Teacher pension plans have amassed about $700 billion in unfunded promises, and those reflect payments owed to current and future retirees. State leaders can’t rely on outsized investment gains alone to solve this problem. The stock market did have an exceptionally good year in 2021, but the 2022 downturn wiped out about half of those gains.

So, what options do policymakers have? Here are four considerations:

1. Avoid making promises that cannot be paid for immediately.

Pension problems start with well-meaning politicians who want to help teachers but can’t boost teacher pay directly, rely on overly optimistic budget forecasts or have to spend money on other priorities rather than pension obligations.

While the intention is to help teachers, the result could add to long-term sustainability challenges. Policymakers may consider revising their messaging and working to build alternative funding paths to support the current teacher workforce.

Even better, states could use one-time investments to justify making other reforms aimed at long-term sustainability. For example, not all state pension plans are experiencing funding issues. A few states, notably Wisconsin and South Dakota, are fully funded, thanks to protections that share risks across employees and employers. When budgets are strong and retirees are clamoring for cost-of-living adjustments, now could be a good time to adopt similar policies.

Some states are in financial positions that make policymakers wish they could alter promises they’ve made. But states are often legally prohibited from changing the benefit formula for workers with even a single day of experience, meaning the only savings to be had come from cutting benefits for future workers.

States can, however, change the rules around salaries. By designating any further salary increases as non-pensionable until the pension plan is fully funded, states could give teachers an immediate boost in take-home pay (they wouldn’t have to pay their own contributions either) while helping the pension plan return to financial sustainability.

4. Give employees a choice.

Given the way most teacher pension plans work, about half of all teachers leave without qualifying for any benefit at all, and only one-in-four stay long enough to collect a pension worth more than their own contributions.

The retirement issue is often ignored in teacher compensation discussions, but the costs are rising and the benefits are often not as great as advertised. State and district leaders could address the long-term structural issues while simultaneously reducing costs and improving benefits.

This commentary was originally published by the Education Commission of the States’ EdNote Blog.